The Internet Computer is cryptographically integrated with the Bitcoin network. The canister smart contracts it hosts can create bitcoin addresses, and send and receive bitcoin, directly on the Bitcoin ledger. This means "wrapped bitcoin" from insecure centralized "bridge" services, which have been hacked for billions of dollars, are no longer needed in DeFi and Web3. Say hello to 1-chain-is-many-chains!

Two key technology developments make it possible for Internet Computer smart contracts to create bitcoin addresses and directly send and receive bitcoin: inter-node communication between the Internet Computer network and the Bitcoin network, and the use of novel chain key ECDSA cryptography by its protocols.

Novel "threshold cryptography" enables the Internet Computer to distribute, and redistribute, secret key material among its nodes, and have them cooperate to create new bitcoin addresses and sign Bitcoin transactions, using highly fault tolerant decentralized network protocols that are resilient to attacks by malicious nodes.

With the Bitcoin API and ECDSA API, canisters can directly securely receive, hold, and send bitcoins, as though they were smart contracts actually hosted on the Bitcoin network itself.

This means bitcoin can be easily and securely incorporated into DeFi and Web3 services on the Internet Computer, without the need to trust bridging services that might get hacked, or taken down, causing the loss of the bitcoin involved.

Lightning Network-like services can also be created by wrapping bitcoin inside fully autonomous Internet Computer smart contracts, such that bitcoin can be sent between users, Web3 services and DeFi contracts, in only 1-2 seconds.

From concept to coding - learn all about the Bitcoin Integration feature on the Internet Computer through these videos.

The What, the How and Why of Bitcoin Integration 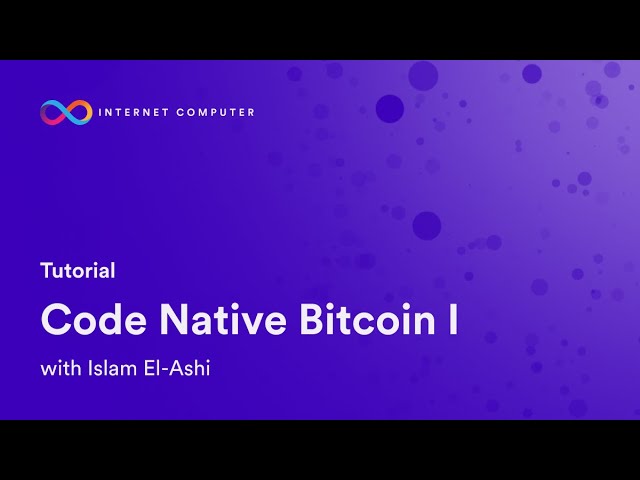 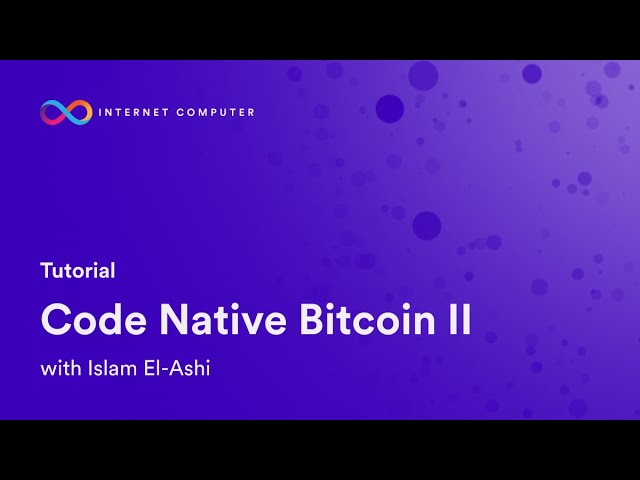 Learn about the engine behind Bitcoin APIs.

Go deeper on the Wiki.