A threshold signature scheme is a digital signature scheme where the secret signing key is never stored in one location (which would become a single point of failure). Rather, the secret key is effectively split up into secret shares, and each secret share is stored on a different machine. To sign a message, these machines must agree to sign the message and coordinate with one another to generate a digital signature in a distributed fashion (importantly, without ever reconstructing the secret signing key in one location).

While threshold signature schemes is a technology that has been around for a long time, the IC is the first blockchain to fully integrate this technology in the core of its design. As described above, the technology enables chain-key cryptography and all of its benefits -- Efficient verification of blockchain outputs, autonomous evolution of the IC topology, a source of unpredictable and unbiasable pseudo-random numbers for canisters.

Each subnet in the IC is associated with the public verification key of such a threshold signature scheme.

In addition, these threshold signatures are used as a way to create a source of unpredictable pseudo-random numbers, which is used in two ways:

While signing with threshold BLS is quite straightforward, designing a secure, decentralized protocol for generating and distribution the shares of the secret signing key – that is, a DKG, or Distributed Key Generation protocol – remains a challenge. While there has been quite a bit of research on DKG design, the vast majority of DKG protocols in the literature do not meet the demanding requirements of the Internet Computer, in that they either assume a synchronous network (meaning that the protocols will fail or become insecure if messages are unexpectedly delayed) or provide no robustness (meaning that the ability to produce signatures is completely lost if a single node should crash) or both. Neither of these assumptions are acceptable on the IC: security and liveness must hold even an an asynchronous network with many faulty nodes.

DFINITY has designed, analyzed, and implemented a new DKG protocol that works over an asynchronous network and is quite robust (it will still succeed if up to a third of the nodes in a subnet are crashed or corrupt) while still delivering acceptable performance. In addition to generating a new key, this protocol can also be used to reshare an existing key. This functionality is essential to enable autonomous evolution of the IC topology as subnet membership changes over time.

Chain Key Cryptography: The Scientific Breakthrough Behind the Internet Computer 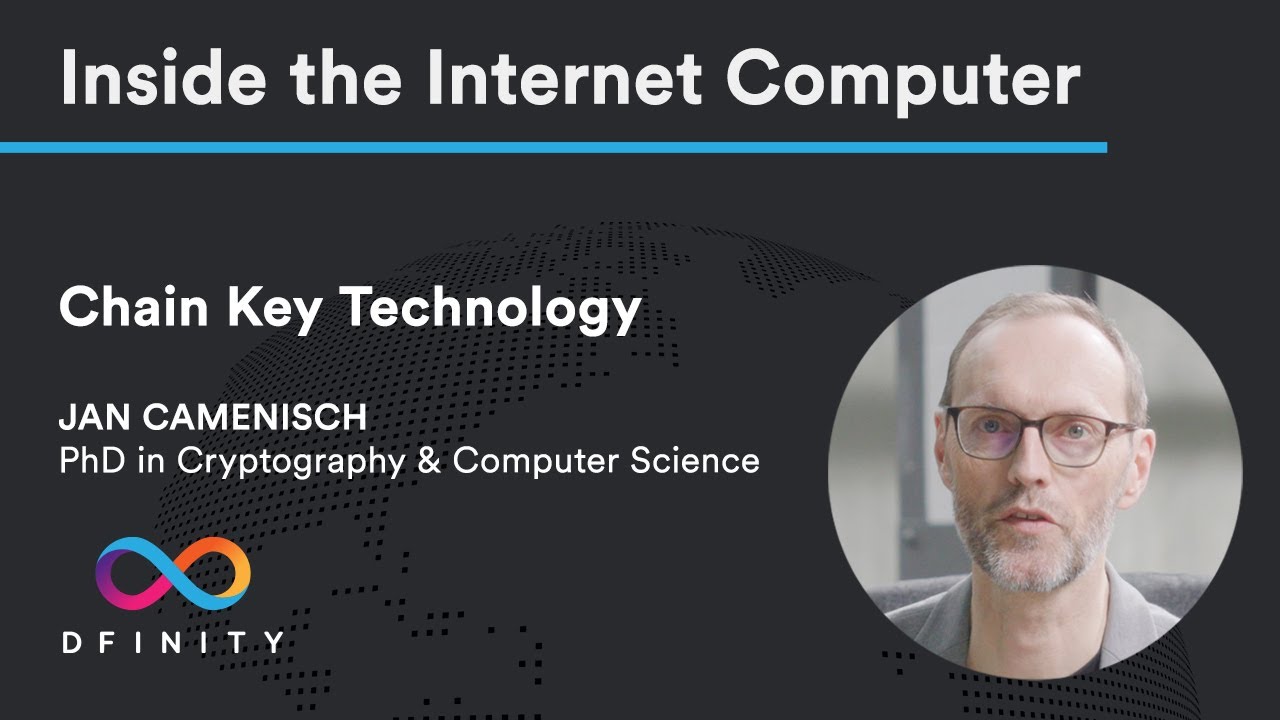