Why do you trust data obtained from a blockchain? Well, all transactions and the subsequent changes to smart contract state made their way through the blockchain consensus protocol, which guarantees correctness as long as the underlying trust assumptions hold. But verifying correctness based on the consensus protocol is tedious: A client has to download and validate the blockchain data. Even in the case of more efficient mechanisms such as Bitcoin's SPV or Ethereum's light clients, clients still have to perform significant amounts of work, such as downloading and validating block headers. This makes it difficult for applications with restricted uptime and resources, such as mobile or web applications, to operate on blockchain data without defaulting to centralized intermediaries.

The Internet Computer's certification feature is exposed to canisters through certified variables. From an application perspective, certified variables can be set during an update call to a canister, when the canister changes its state during a transaction that went through consensus. The certificate can then be read in a subsequent query call, so the canister can respond to a client's request in a trustworthy way but without incurring the additional delay of consensus. Certified variables also underlie many of the Internet Computer's advanced features such as certified assets and Internet Identity.

More technically, each canister can specify a single 32-byte value that will be certified by the subnet. Well-known concepts such as Merkle trees or, more generally, authenticated data structures can be used to extend the certification from this single 32-byte value to arbitrary amounts of data. Libraries such as certified-map make the feature easily accessible for developers. 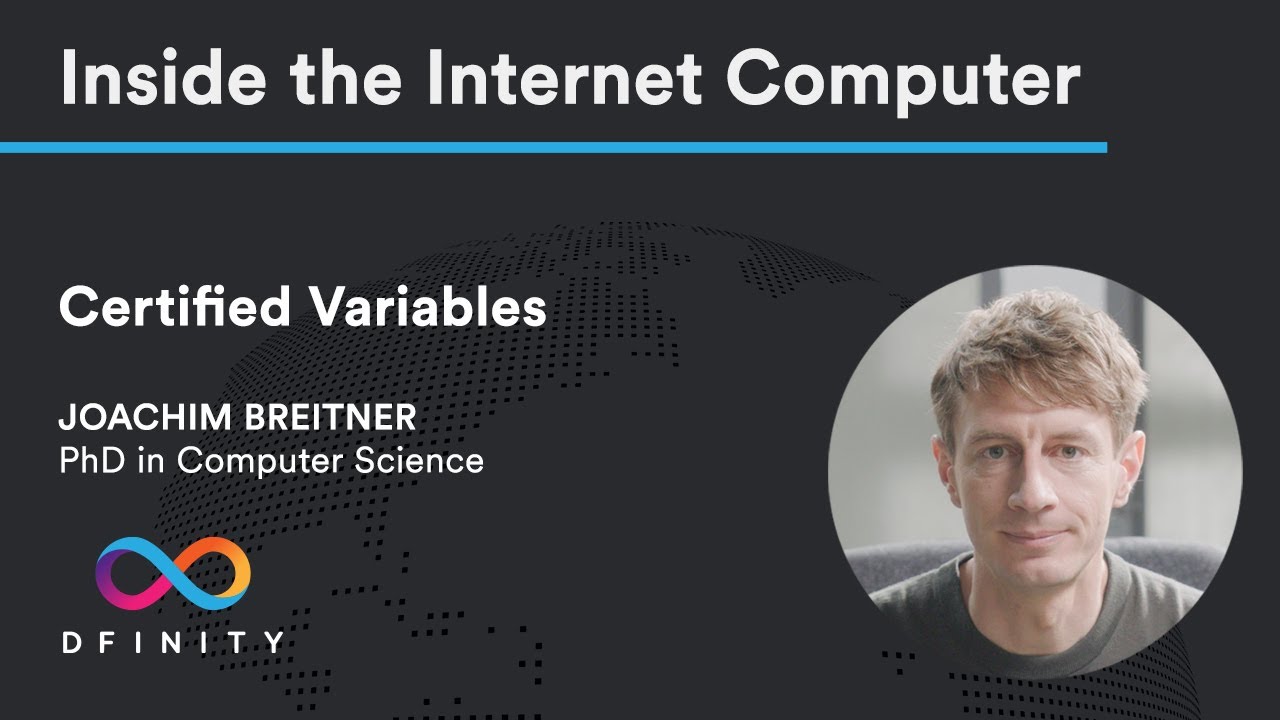 How Internet Computer Responses Are Certified as Authentic