How it worksInternet Computer Consensus

Each subnet of the IC is its own blockchain that makes progress concurrently to the other subnets: it runs its own instance of the IC core protocol stack, including consensus. Recall that the goal of consensus is to produce blocks agreed upon by the nodes of the subnet, which yields an ordered sequence of messages to be executed. This is crucial so that the upper two layers of the protocol stack – message routing and execution – receive the same inputs in every round on each node.

The IC consensus protocol achieves all of these goals making only minimal assumptions about the communication network. In particular, it does not assume any bounds on the time it takes for protocol messages to be delivered – that is, it only assumes an asynchronous network rather than a synchronous network. Indeed, for a decentralized network that is globally distributed, synchrony is simply not a realistic assumption. While it is possible to design consensus protocols that work in a purely asynchronous setting, these protocols generally have very poor latency. In order to achieve good latency, the IC consensus protocol requires protocol messages to be delivered in a timely manner to make progress. However, the correctness of the protocol is always guaranteed, regardless of message delays, so long as less than a third of the nodes in the subnet are faulty.

At a high level, a consensus round has the following three phases:

Let us next look at the different phases of a consensus round in more detail.

The block makers for a round are chosen through a random permutation of the nodes of the subnet based on randomness derived from a random beacon. As discussed in the section on chain-key cryptography, chain-key cryptography may be used to produce unpredictable and unbiasable pseudo-random numbers. Consensus uses these pseudo-random numbers to define a pseudo-random permutation on the nodes of the subnet. This assigns a rank to each node in the subnet. The lowest-rank node in the subnet acts as the primary block maker. As time goes by without producing a notarized block, nodes of increasing rank gradually step in to supplant the (potentially faulty) nodes of lower rank as block maker.

Achieving Consensus on the Internet Computer

Consensus on the IC wiki 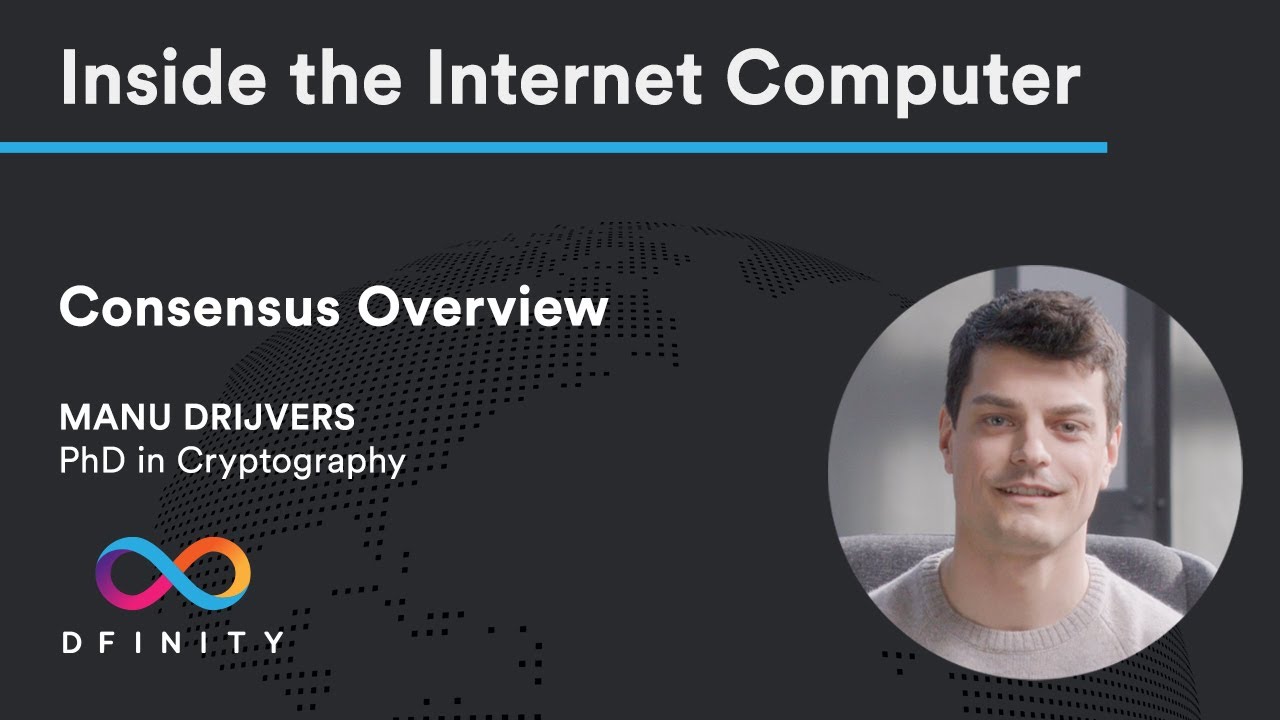